On day 3 of his book of Advent reflections, Sleepers Wake: getting serious about climate change (SPCK 2022) Nicholas Holtam focuses on biodiversity. This is a timely topic as as the United Nations prepares for its 15th Conference of the Parties on biological diversity in December.

Holtam reminds us how dire the situation is.  None of the 20 targets agreed for the UN Decade of Biodiversity 2011 20 have been fully met and only 6 partially achieved. Instead the destruction of ecosystems has continued and the pace of the loss of species has increased.

Whilst many countries including the UK have passed legislation to address environmental degradation nonetheless civil society must be alert to ensure that action matches intent.

I was struck by his note that churchyards collectively across the country in the UK are the size of a national park. In many communities local groups are being imaginative about the way they care for their churchyards and this is making a difference to biodiversity. By working together they educate both themselves and their communities.

Bringing to mind words of Jesus about the liberating power of the truth, Holtam  reiterates his call for people of Christian faith and others to face up to the truth of what we are doing to our environment because it’s only when we we know the truth so we are able to find the way forward.

I am on Day 2 of Nicholas Holtam’s daily reflections book for Advent Sleepers Wake: getting serious about climate change. Today’s piece is a quick overview of some of the main issues about getting to net zero with a particular focus on the current strategy of the UK government. As a short piece the reflection is necessarily a very top level skate over these issues. Nonetheless what struck me is Holtam’s encouragement  to his readers both to be informed  about the real complexity and contestable character of proposed responses and yet also to be determined to highlight the pressing need for urgent action to achieve net zero. Local communities of faith like churches have a greater role than possibly even they themselves possibly realise in raising  awareness and engagement in their wider community.

Members of All Saints Church in Wokingham, where I am the Rector, as an Advent discipline are reading the book Sleepers Wake: getting serious about climate change by Nicholas Holtam, (SPCK, 2022). A bishop in the Church of England, Holtam was its lead bishop on the environment from 2014 until 2021. The book provides daily reflections, through the pre- Christmas season, on the climate emergency from a perspective of Christian faith.

Today’s refection focuses on how the Christian call to be awake always to the truth of what’s going on requires people of faith to make every effort to know and understand the true scale of the impact of current human activity on the climate, its consequences, and how urgently and comprehensively we need to respond.

I was struck in today’s piece by his clear-eyed statement that whilst on the one hand the IPCC process especially COP 26 is a major achievement of global cooperation to tackle the problem, yet also “it is nothing like enough”. This is a way of describing the COP process which perhaps both boosters of it and detractors of it might accept?

“Conservatives oppose change and want things to remain the same. On climate, however, inaction means that things will not remain the same but will radically change—for the worse. Thus conservative politicians should join with social democrats and greens in accelerating the necessary actions to repair the ecosystem.” writes Paul Sweeney in the latest edition of Social Europe.

Visiting my mother in my native town of Pudsey, West Yorkshire today I took a moment to photograph my first school, Greenside Primary. I attended it from 1961 until 1966. In fact, it was also the school my mother attended when she moved with her parents to Pudsey from Leeds in 1939. It’s still a primary school today and one of my brother’s grandchildren attends it.

Among my most vivid memories of Greenside are the snowy days. We created immense (to us) icy slides the length of the gently sloping tarmac- coated playground. Playtime breaks were spent whizzing down these achieving feats of balance and speed, like a landlocked simulacrum of surfing.

There was a seasonality about our playground activities. Conkers in the autumn, slides and snowballing in winter, and at some point when the weather was warmer and the ground drier, marbles would be brought out.

In September 1966, for my final year of Junior school ( Year 6 today) the whole school decamped to a brand new school with its own playing field about half a mile away at Southroyd. This was just slightly closer to the house to which my family had moved earlier in 1966 than Greenside is. I don’t know what happened to the Greenside school building immediately after that move but it wasn’t long before it was operating again as a primary school as it continues today. No doubt the growth of the population in Pudsey in the mid- 1960s and 1970s required the additional school places.

Pudsey became one of the fastest growing towns in the West Yorkshire conurbation in the latter part of the 20th century. There were numbers of new homes built on brownfield sites previously occupied by industrial plants such as tanneries, woollen mills, and light engineering workshops. When I was a child it was nothing unusual walking around outside to be met by the greasy smells, incessant whirrings, and occasional bangs and blue flashes of local industry. It seemed there was a pub and a chapel at every significant street corner, and some in between too! The former I aspired to visit and frequently succeeded from the age of 16 upwards, the latter not so much. Whatever Primitive Methodists and Strict Baptists were I was content to remain in ignorance of them. I was unconflictedly Church of England! Decommissioned pubs and chapels were demolished and new housing built. At one site a former graveyard is covered over now by an innocuous cul-de- sac of modest detached homes; providing a complete visual erasure of its previous awe-inspiring appearance.

I saw my first redwings of the winter today. There was a small flock of them feeding on our lawn. Lorraine spotted them. What she thought were leaves in the distance suddenly started to hop around over the grass, pecking at the ground for worms.

I’ve discovered today the poem of this title by WH Auden. It was referred to in this week’s New Statesman in the article “Humanity, not hostility, will solve the migrant crisis” by Philip Collins. The poem’s context is the situation facing German Jews in Nazi Germany. It could have been written today in the context of the present crisis of hostility facing refugees.

The poem is online here

We learn from the meteorologists that August 2021 has been unusually cloudy in southern England. I guess that, with high levels of rainfall earlier in the year, explains why it seems it’s never been as green and lush in the garden at the end of summer as it has this year.

Today saw the launch of the Renters Reform Coalition. 20 leading organisations in the housing field have come together to campaign for the Government to meet its promise of increased security of tenancy for private renters. 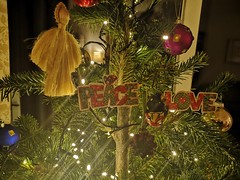 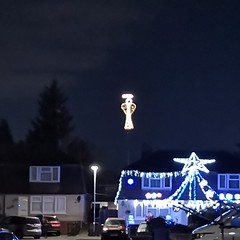 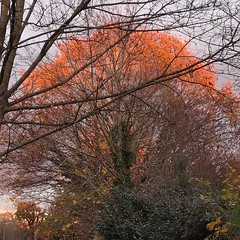