As much as I love trees and forests and the idea of planting trees to control global warming, I can see in this article that massive tree-planting is not the simple solution. You can’t plant trees whilst continuing to burn oil and gas. Climate change can only be slowed by reducing carbon emissions.

I have finally got around to reading Six Degrees: our future on a hotter planet-by Mark Lynas It was published last year but it’s been sitting around at home unread. Each chapter describes the scenario likely for each successive degree of global warming above current levels. It’s based on scientific papers he’s read; though written in a very racy style which tends to undermine credibility I think. His conclusions are very apocalyptic in tone. He paints a very scary picture of the future. This is not to say I don’t believe him. But psychologically. putting this kind of fear into people is not the way to promote action. This is one of the big problems with the whole issue of the gap between accepting it’s happening and doing something about it, both in society and personally. Its like trying to persuade teenagers not to smoke cigarettes by telling than it will give them shorter life-spans: it doesn’t work because they’re not bothered about what might happen 60 years in the future-its about what’s good now.

The same kind of problem exists with getting people motivated on climate change. George Marshall has some thoughts on this. 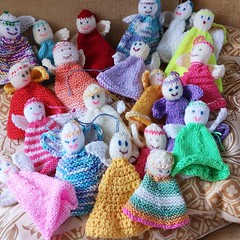