I cannot claim to have been a lifetime fan or follower of Joan Baez. Not in the way I kept up with Bob Dylan over the decades since I heard him first in 1969 when I was 13. There’s the issue for me. Dylan’s songs are best sung by Dylan. Why listen to others singing them? Baez sang a lot of Dylan. That was the casually uninformed view I picked up in my teenage years, and so Joan Baez’s music never was embedded in my formative experiences of musical discovery.

There was one exception though. I have possessed, in its original vinyl and cover, her album Come from the Shadows since the mid-70s. I don’t recall whether I was given it or sought it out. It made a profound impression. Certainly I recall it rarely strayed far from the turntable in my early student years 74 -77. Baez’s voice is unique and beautiful for sure, and listening to this album I appreciated it, but it was the social justice message of the songs which really hit me. “All the weary mothers of the earth” is a lyric which became one of my lifetime earworms, even during the two decades before Spotify and the vinyl revival, when the record player and vinyl albums languished in the loft.

Earlier this week I found myself reading Elizabeth Thomson’s paen to Joan Baez: Joan Baez The Last Leaf. It was the first full day of the presidency of Joe Biden. He, of course, is an exact contemporary of Baez, only a year or two younger than her.

So here I was reading a book written for Baez’s retirement from her professional career, not unreasonably at almost 80 years old, on the day Biden was entering the pinnacle and greatest challenge of his. Singer and politician are very different careers, as Bob Dylan’s story shows. So there might not generally be any cause for comment, except as this book sets out to make very clear, Baez, whilst a musician to her core, has always been more than that.

Not ever a holder of political office, she became both an active and an iconic leader nonetheless, in the groundswell for global social justice and human rights which began to rise in the 1960s.

More than a singer of protest songs, Baez both founded and funded charities and campaigns dedicated to a vision of a better social compact and world order, in particular based on principles of non- violence she had found in her family connection with the Quakers and her friendship with Martin Luther King. Without subordinating musical integrity to political messaging, Thomson argues, Baez placed her musical gifts , her celebrated fame as a performer, and her money in the service of the cause of global justice. Amnesty International’s growth in the US owes much to Joan Baez.

Notwithstanding Reagan/Thatcher and all that has followed of rampant neoliberal capitalism and the reactionary Right, reaching its noxious apogee, really a nadir, in Trump, the star of social justice has continued to rise. It is the true and only voice of the future, if human species self-destruction is to be averted. With the election of Biden and Harris this week that star shines again.

The poetic voice of social justice has been handed on rightly to the young generation, the likes of the astonishingly talented Amanda Gorman.

Admitting openly her unabashed admiration for Joan Baez as an artist and as a human being, Thomson wants to set on record the true wonder and power of Baez’s life work. Her book has done that for me. It has made me a little regretful that I forgot somehow to keep listening to Baez in the decades I deserted her work. Perhaps too it has been a wake-up call to me, and can be for all who hunger and thirst for justice, not to lose faith, especially now, that “we shall overcome”.

First international album by the oddly named SMOD – a band from Mali, headed by the son of global African music stars Amadou and Mariam. 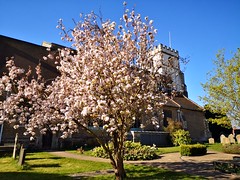 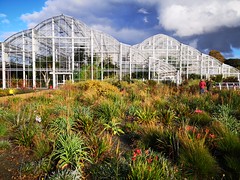