We learn from the meteorologists that August 2021 has been unusually cloudy in southern England. I guess that, with high levels of rainfall earlier in the year, explains why it seems it’s never been as green and lush in the garden at the end of summer as it has this year.

Britain’s share of world carbon emissions officially stands at 2%. But when the international activities of UK companies are included, its share rockets to 12-15%. We need large companies to provide an accurate annual carbon audit of their business activities. Former Labour environment minister Elliot Morley MP, ex-Conservative environment secretary John Gummer and Liberal Democrat MP Steve Webb are proposing a clause to the Climate Change Bill which would reinstate annual mandatory carbon reporting for UK-listed firms – a measure that the government first accepted but then later dropped. Christian Aid are urging supporters to email or write to their MPs to back the measure: http://www.christianaid.org.uk/ActNow/dosomething/emailmp.aspx.

Usually I don’t agree with Polly Toynbee, journalist and commentator on social affairs, because she is deeply secularist and generally disparaging of the religious vision of life; but for once I agree with her when she writes in The Guardian recently:

“On the great questions of war, climate and social justice, the cardinals and bishops never muster their heaviest artillery. They keep their powder dry for their own bizarre morality, focused as ever on sex and fertility – but why should those issues be sacrosanct for MPs’ free votes?” Full article here

Gordon’s Brown’s letter to MPs allowing them a free vote in the forthcoming embryology debate (on the three ethical issues relating to assisted reproduction and stem cell research not previously considered for legislation) doesn’t carry with it any compelling reason why these issues should be made the subject of a free vote rather than, as Toynbee points out, issues to do with war, climate change and poverty. Except that the Catholic Church has issued a clarion call to its members to fight against the Bill about these matters and there are Cabinet ministers who are Catholics.

Where I agree particularly however with Toynbee’s quote is how it points out that when it comes to Iraq, the environment or inequality in society the British bishops are never as vocal as they are on matters of human sexuality.

Maybe this observation is not quite as true of Anglican bishops as it is of Catholic ones. I think of the (Anglican) Bishop of London’s linking of Lenten discipline with cutting carbon; and the clear opposition of Rowan Williams to the war on Iraq. Nevertheless, the Church of England has allowed itself more clearly to be identified  as a body which opposes homosexual relations than as a body which opposes unjust invasions and poverty – though this is not necessarily the fault of the English bishops.

However, note this comment from a letter by Bruce Kent, vice-president of Pax Christi:

“Polly Toynbee (Comment, March 25) says that on issues of war and social justice “the cardinals and bishops never muster their heaviest artillery”. In 2006 the Pope said that relying on nuclear weapons for security is “baneful and completely fallacious”. In the same year the Scottish bishops called on the government not to replace Trident. What does Polly want? The Angel Gabriel and trumpet?” See letters to The Guardian

There is a report here which urges emergency action to avoid climate catastrophe.

Climate code red: the case for a sustainability emergency

I have finally got around to reading Six Degrees: our future on a hotter planet-by Mark Lynas It was published last year but it’s been sitting around at home unread. Each chapter describes the scenario likely for each successive degree of global warming above current levels. It’s based on scientific papers he’s read; though written in a very racy style which tends to undermine credibility I think. His conclusions are very apocalyptic in tone. He paints a very scary picture of the future. This is not to say I don’t believe him. But psychologically. putting this kind of fear into people is not the way to promote action. This is one of the big problems with the whole issue of the gap between accepting it’s happening and doing something about it, both in society and personally. Its like trying to persuade teenagers not to smoke cigarettes by telling than it will give them shorter life-spans: it doesn’t work because they’re not bothered about what might happen 60 years in the future-its about what’s good now.

The same kind of problem exists with getting people motivated on climate change. George Marshall has some thoughts on this.

The piece by Mark Lynas, climate change writer and activist, in this week’s New Statesman highlights where Chancellor Alistair Darling’s Budget speech fails to promise the actions that are needed; despite his avowal that climate change is the greatest challenge facing us all.

Government still needs pushing to put in place the measures which are needed if it is to achieve the carbon cuts it has said it want to see in the Climate Change bill and especially if the 2050 target is set at 80% as many experts are saying it needs to be.

The Church of England has published a report highlighting the impact that climate change will have on international security and development issues. It is a matter of global ethics as well as global ecology. The report can be downloaded here.

Mounted police chase a protester at the headquarters of Spanish-owned BAA near Heathrow Airport. Isn’t it always the case that the police protect business interests more than they protect the interests of the wider community?

Dave Bookless gives three reasons why we need to take expert warnings about climate change ‘very seriously’.
Nearly a month has gone by since the launch of the Stern Review on “The Economics of Climate Change”. Now it’s time to get it into perspective.
At the time there was massive media hype: The Independent gave its first 10 pages to the review, and the BBC reported it as its top story all day. Even The Sun had a large picture of Tony Blair in front of the planet under the headline: “I’m saving the world…YOU lot are paying!”
A month has passed. In a world of fast-moving media stories, it’s easy to lose perspective. Lebanon has all but disappeared, ‘Make Poverty History’ seems to be consigned to history. How do we tell if – as several people have suggested to me recently – climate change is simply for the ‘noughties’ what the Cold War was for the 1970s-1980s? Is it the case that we need a bogeyman, an enemy to battle against, even if the danger such ‘enemies’ present is inevitably exaggerated?
Having trained as an historian, I can see the argument. ‘Experts’ are forever warning about the coming apocalypse (the French invasion, “Reds under the bed”, an asteroid impact) and are nearly always wrong. Cry wolf too often and we just yawn and change channels.
Is it just the same with climate change? Having given a lot of time to the different viewpoints, I want to offer three reasons why this time we need to listen very seriously to the warnings.
Firstly, we need to because of the number and quality of the experts. There are still those who think that expert opinion is divided on climate change. It isn’t.
As Al Gore’s excellent film An Inconvenient Truth states: an analysis of the 900+ peer-reviewed scientific papers on climate change in the past decade showed 100% agreement that global warming is a] taking place and b] largely caused by man-made carbon-related emissions. There is no other scientific issue in history on which opinion has been so unanimous.
On no other issue have the world’s leading science academies issued a joint statement or scientists from such a vast variety of backgrounds produced joint reports (through the Intergovernmental Panel on Climate Change).
The only ‘experts’ who disagree with the consensus are quite simply either in the pocket of oil companies or making a cynically lucrative living out of playing Devil’s Advocate. Remember cigarettes and the tobacco industry’s claims?
The Stern Review has helped because a world-renowned economist, with no environmental axe to grind, has coldly looked at the facts and made some pretty stark conclusions.
Secondly, we need to because of the clarity of the evidence and the scale of the impacts. As Stern reminds us, drawing from authoritative sources, climate change is already taking place and, even at current levels, the predicted impacts are large-scale and perhaps irreversible.
Hundreds of millions of people, particularly the world’s poor, will lose their livelihoods if not their lives. Up to 40% of wildlife species are under threat of extinction this century.
At this point, confusion sometimes breaks out because scientists genuinely differ as to the severity of likely impacts and as to whether we’ve already reached a catastrophic ‘tipping’ point of no return – as argued in James Lovelock’s The Revenge of Gaia – or whether a ‘window of opportunity’ still remains – the majority view, and, if so, whether this gives us 10, 30 or 50 years’ grace.
We need to recognise, as Stern admirably does, that science cannot make exact predictions when there are so many variables, but that we must act, and act now, because the risk of not doing so vastly outweighs the cost of taking decisive action immediately.
Thirdly, we must respond because Christian faith demands it.
This is a matter of justice. As Stern states: “The poorest countries and people will suffer earliest and most.” Talk to mission and development agencies in Africa and Asia and they are already seeing this. This is also a matter of simple obedience. The Bible may not address global human-induced climate change directly, but it lays a framework for human interaction with the planet.
The shocking truth is that Christians have largely missed the point in terms of God’s purpose for us as human beings on planet Earth. Our primary role from creation onwards is to ‘image God’ in looking after the planet in a just and godly way (Genesis 1.26-28).
The Stern Review may challenge us to put our hands slightly deeper in our pockets, but it assumes that a world predicated on ‘progress’ and ‘profit’ can continue with only slight adjustments. The Bible goes much further.
We are called to metanoia – to a complete about turn in our relationship with God, each other and the planet.
In our relationship with God, we need to rediscover that the planet is God’s, not ours, and that we are answerable for how we treat it. In our relationship with each other, we need to listen to the voices of those whose misery is caused by our luxury. In our relationship with the planet, we need to recognise that we are created from dust, and are interdependent with all life on God’s sustaining mercy.
We address climate change not just so we and our children may be safe but also as an act of worship to the One “by whom and for whom all things were made” (Colossians 1.16).
The Rev Dave Bookless is a CMS Mission Partner in Britain, who works as National Director of the Christian environmental charity A Rocha UK. 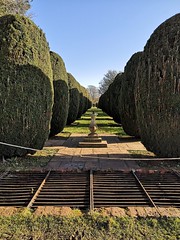 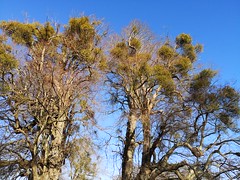 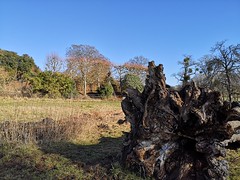